Would you like to switch to the accessible version of this site?

Don't need the accessible version of this site?

What Kind of Boss Do You Want to Be? 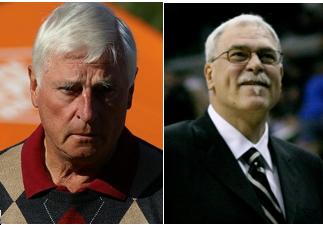 A  report published about a group of junior investment banking analysts at Goldman Sachs recently sparked a workplace debate about the working conditions in highly competitive—and highly paid—industries like finance.

For many of us, the working conditions they cited as exploitative may seem like rites of passage for such competitive roles: 100 hour work weeks, unrealistic deadlines, micromanagement, and more.

You may agree with those who say that employees should know what they’re signing up for when they join the industry and that the (more than) generous compensation packages make up for the long hours, high-pressure environment, and stress. Or, you may side with the junior analysts, recognizing that constant, crippling pressure and 100-hour workweeks aren’t just unsustainable, but inefficient.

Regardless of which side you’re on, we can’t deny that there’s a shift happening in corporate America that’s affecting even the most competitive industries.

How to Adapt to Evolving Workforce Expectations

“In corporate America, people no longer work just to put food on the table. In addition to funding basic needs, they work with a vision of self-fulfillment, purpose, and growth. They expect their jobs to foster identity, meaning, and belonging... What we do is often conflated with who we are. The future of work recognizes that a corporation’s mission to “change the world” means nothing if leadership is not willing to change the workplace first.”

Change happens from the top-down. Today’s leaders need to reflect on how they’re contributing to their company’s culture and recognize whether they’re building up their employees or cutting them down.

Everyone has a different management style; that style often influences who you hire, promote, and fire. Below, I’ll compare two distinct—but elite—coaches on polar opposite sides of the leadership spectrum. Whose style best resembles your own?

Bobby Knight – head coach of the Indiana Hoosiers and the ‘most winningest college basketball coach’ at the time of his retirement - is the quintessential autocratic leader. He demands complete control on and off the court. His old-school, tough-love leadership style emphasized strategy, discipline, and perfection. His book, The Power of Negative Thinking, reveals that Knight is constantly thinking about what could go wrong and then planning for how to make sure they go right. Knight’s former players say that playing under him was harder than they ever could have imagined, and many have gone on the record to say he physically—and mentally—abused them.

Leaders like Bobby Knight have fiery tempers and do their best to prevent mistakes and errors. They often intimidate those around them, especially their direct reports. They also get results—Knight’s 902 wins make him the fourth-winningest coach in NCAA basketball. However, his aggressive theatrics and abusive tendencies often overshadowed his successes. Machiavelli famously asked, “Is it better to be loved or feared?” For Bobby Knight, the answer is obvious.

Phil Jackson – head coach of the Chicago Bulls during the 1990’s six NBA Championships - holds the record for most NBA titles, with thirteen titles in total. He is, perhaps, the antithesis of Bobby Knight’s autocratic coaching style. Jackson earned the nickname ‘Zen Master’ because his coaching style is influenced by spiritual traditions.

He has a unique coaching style that sets him apart from most other coaches. He believed in speaking from the heart, dialing back ego, and letting everyone around him have a chance at being a leader. On his team, no one player is more important than another—he expects all his players to work together towards the same goal. In his book, Eleven Rings: The Soul of Success, he says, “Some coaches insist on having the last word, but I always tried to foster an environment in which everyone played a leadership role, from the most unschooled rookie to the veteran superstar. If your primary objective is to bring the team into a state of harmony and oneness, it doesn’t make sense for you to rigidly impose your authority.” This is unusual in an environment like the NBA, where star players frequently overshadow their lesser-known teammates on the court.

Leaders like Jackson give each team member the space to be their best self, while also knowing when to push someone past their comfort zone in order to grow. He strives to make personal connections with each player and offers each teammate empathy and respect.

Are You a Bobby or a Phil?

Both of the above nationally-renowned coaches have impressive records and accolades. Both are acknowledged as top coaches and will go down in history for their successes on the court. Both cared deeply about their players and loved to win. So the question remains: is one better than the other? Which leadership style would you choose?

There are many routes to success as a manager—there is no one style that works best. Maybe you’re a Phil and maybe you’re a Bobby. Perhaps you fall somewhere in the middle. The answer will depend on your nature, your values, and your employees. Consider your team: do they respond better to tough love or compassion? Can they handle public criticism, or do they prefer behind-the-scenes feedback? Have you seen better results when you give your employees room to make their own choices, or do things fall apart unless you’re managing their every move?

You’ll also need to consider how expectations are changing in the next-generation workforce. As we discussed above, younger employees may not respond well to old-school leadership and could force you to adapt if your management style doesn’t mesh. If you find yourself relating more to Bobby Knight’s leadership style, there’s a good chance you’ll need to reconsider your management strategy.

These are important questions to ask—and they’re questions I can help answer. If you’re interested in learning more about how you can keep your edge and retain top talent while honing your leadership skills, let’s have a conversation.